The concert is this Saturday!​

Thanks to PetsFirst! Wellness Center for sponsoring the concert. We love inviting our audience to attend for free!
Note: we are still seeking a sponsor for the April concert. Please contact us if you have an interest in sponsoring a concert.
Facebook Event Link: http://www.northernutahyouthsymphony.org/2015/02/concert-event-on-facebook.html

Concert attire is 'concert black'. Please read the description on the website if you need to! www.NorthernUtahYouthSymphony.org/p/concert-dress.html


If you didn't turn in your permission slip for Abravanel Hall, I need your information and your slip on the day of the concert, for sure.
Info Here: http://www.northernutahyouthsymphony.org/2015/02/abravanel-hall-papers.html

Ticket packets for the Gala were handed out Saturday. If you still need one, ask Josie Anderson. She will have chocolate for everyone who brings ticket money this Saturday, and a king sized candy bar for the person who turns in the most money. She will do this each week until March 7th. You are responsible for your tickets, to either sell them and turn in the money, or return the tickets to Josie.

We are also doing a silent auction, but not quite as big as last year's. We probably don't need a donation from every family, but we still need help from most. We are looking for nice, new items, preferably donated from businesses in the Tremonton, Brigham, Logan and Ogden area.

Thanks!
Julie
--
Did you know the website is a blog? All group emails are posted to the blog, which is totally searchable! Check it out...
www.NorthernUtahYouthSymphony.or
at 2:15 PM No comments:

NUYCO, an all-strings orchestra conducted by Amanda Kippen, will open the concert with Beethoven's Fidelio Finale and his Adagio Cantabile - Pathetique, Dvorak's Slavonic Dance No. 8, and Italian Folk Festival.

These youth orchestras are projects of the Lake Bonneville Symphonic Society. Join us for the Gala Fundraiser Dinner and Silent Auction March 14. More info at www.NorthernUtahYouthSymphony.org. 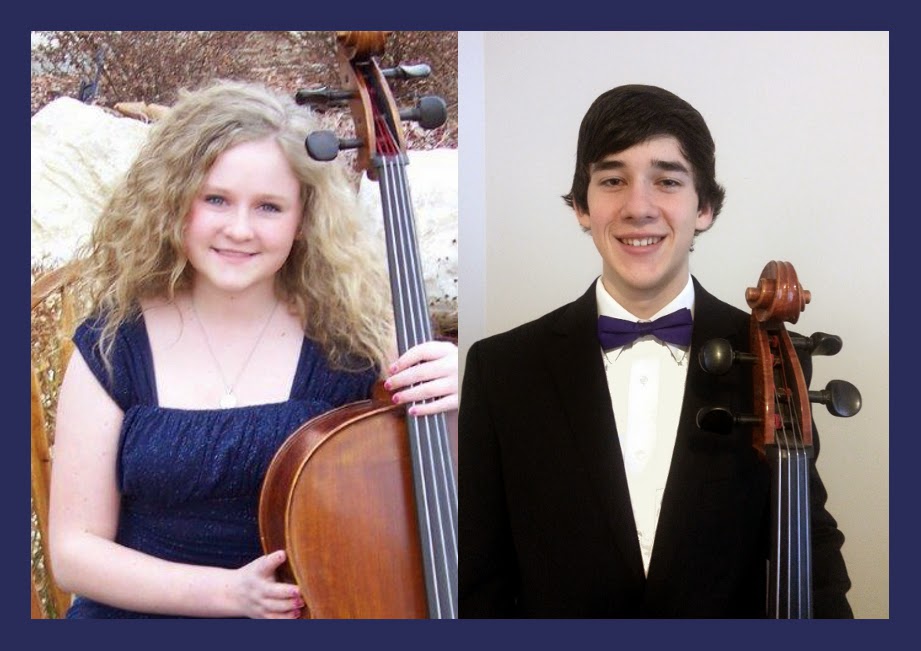 Joshua Austin is a senior at Box Elder High School in Brigham City, Utah. He is the son of Ken and Diane Austin. He began cello lessons with Meg Ferry and studied with her for 8 years. Joshua is a member of the Northern Utah Youth Symphony as principal cellist. He is also a member of his school's orchestra where he is principal cellist. Music is a big part of Joshua's life. He also studies guitar and piano, and is a percussionist in the Box Elder band program. He enjoys marching band, jazz band, drum line and drumming just for fun. He freely shares his talents in other groups, as well. He is a member of and plays guitar with the Hot Apple Pie Fiddlers and cello in a double quartet group, Aspen Strings. Joshua also teaches private cello and guitar lessons. In his spare time, he likes to compose New Age music on the computer.

Jaquell Taylor is a sophomore at Fremont High School in Plain City, Utah.  She is the daughter of Joel and Amber Taylor.  She has studied cello for 10 years with John Findlay and Paul Joines.  She started at the age of 3 on violin, but three years later fell in love with the sound of the cello, and has never looked back.  Jaquell is a member of the Northern Utah Youth Symphony in Brigham City, Utah.  Jaquell is involved in the Fremont High School Orchestra as well where she serves as principal cellist.  She is also serving as principal cellist in the Weber School District Honor Orchestra this year. Jaquell enjoys being a member of the Hot Apple Pie Fiddlers, as well as a member of a double quartet, Aspen Strings.  She has received superior ratings at ASTA festivals for the past 9 years. Jaquell also has her own private cello studio where she teaches private cello lessons. Jaquell loves the challenge of performing music, and the emotional outlet that it can give to her during practicing.
at 1:44 PM No comments:

Here are links for the paperwork, including the day's schedule, for Abravanel Hall.

I will be making fresh bread bright and early Saturday February 14, that's this Saturday, for everyone who brings back their permission slip.

Here is the info and permission slip, including a note for you to take to school.

Have a wonderful day!

Another email is also on its way sometime in the next few days regarding the Gala.

Did you know the website is a blog? All group emails are posted to the blog, which is totally searchable! Check it out...

www.NorthernUtahYouthSymphony.org
at 10:54 AM No comments:

Here is a link for the February 21 concert in Logan to be shared far and wide on facebook. Let's make it popular!
https://www.facebook.com/events/1762746757284189/
Thanks to PetsFirst Wellness Center for sponsoring.
Still no info on Abravanel Hall, but Monday isn't over yet! You will know when I do.
Have a great week!
Julie
PS The schedule for Feb 21, the day of the concert, will be:

--
Did you know the website is a blog? All group emails are posted to the blog, which is totally searchable! Check it out...
www.NorthernUtahYouthSymphony.org
at 12:05 PM 2 comments: