Greetings!
This is a reminder that there is a spreadsheet available to everyone who has the link to type in who they are planning on talking to about silent auction donations. You can then come back after you've received a response & fill out the rest of the line. I have noticed that the only people who have added information to it are members of the board, but we need everyone's help to make this a successful auction!
Go ahead and click the link and have a look. You may be surprised how easy it is to find donations. You may also be interested to see what we already have - tickets, strings, tuner, quilt, vacuum... take a look!
Also, here is the link to a letter we've successfully used to solicit donations from businesses. It has my name on it as a contact person. Please add yours and let people know you will be personally handling their donation. :) Thanks for that!
Please Please Please start using the spreadsheet... If you don't I will think it doesn't work! That will truly keep me up at night. I'm sure of it!
Remember, we are asking each family to come up with a donation for the auction. Home made or home baked are also allowed. Especially if you're famous for something! I can say that because I bring home made bread every year (maybe I should put that on the spreadsheet!)...
Thanks again for everything! The Youth Symphony and Chamber Orchestra are NOTHING without musicians and parents!
~ Julie Gardner
If the above links don't work, you can try these, or copy/paste into your browser:
The Spreadsheet: https://docs.google.com/spreadsheet/ccc?key=0AujB2CaJbNNedHhuZUhtQnJNZEl1cV9zUzJHZXA5Tmc
The Donations Letter: https://docs.google.com/open?id=0B-jB2CaJbNNeNGU1OGQ2NWEtNjkyYy00YzgyLWI5ZTEtM2ZlOTBlYjdmMzdl
at 3:47 PM No comments:


The Lincoln Youth Chamber Orchestra is an all-string ensemble conducted by Amanda Kippen. They will open the concert with a nice variety of music including Schubert's Unfinished Symphony, Borodin's From the Steppes of Central Asia, Tchaikovsky's 1812 Overture, and a jazzy piece called Shadows in the House.


The Lincoln Youth Symphony, conducted by Robert Bott, will be featuring Andrew Johnson, Ryan Stocks, and Joshua Musselman, the three winners of this year's concerto auditions, as well as Tchaikovsky's final movement of his Little Russian Symphony, Haydn's Surprise Symphony, and Wagner's Grand March from Tannhauser. 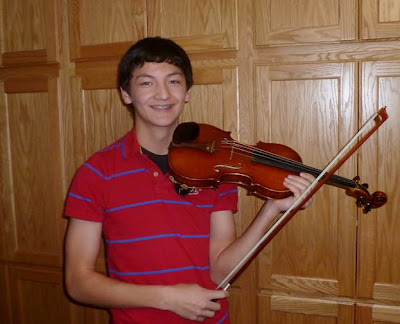 Andrew Johnson is fifteen years old and a sophomore at Box Elder High. He has been playing the violin for eleven years, studying with Diane Austin. He has played with Lincoln Youth Symphony for 3 years, this year as concert master. He enjoys music as well as tennis and golf. He also participates in choir as well as orchestra and musical productions, and played Potiphar in the recent BEHS production of Joseph. He will be performing the third movement of the Mendelssohn Violin Concerto. 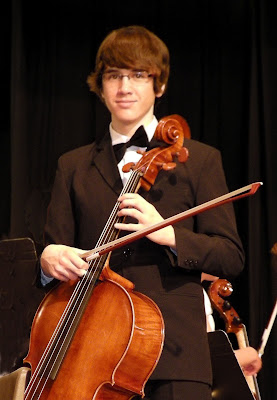 Ryan Stocks is 17 years old and a junior at Box Elder High School. He has played the cello for 6 years and been a member of LYS/LYCO for 4 years. He studies cello with Ivy Andreason. Aside from playing the cello, he enjoys playing games, snowboarding, listening to music, and hanging out with his friends and family. After graduation, Ryan hopes to attend Weber State University majoring in music. He is very excited to be performing the first movement of the Cello Concerto No. 1 in A Minor by Saint-Saens. 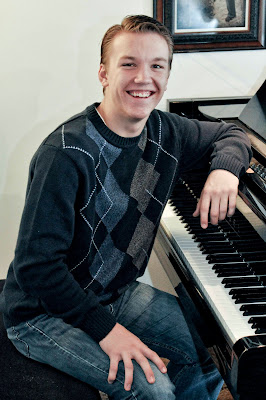 Joshua Musselman is fifteen years old and lives in North Logan. He currently studies piano with Brandon Lee at Utah State University. Josh loves any activities having to do with music. He sings with Dr. Craig Jessop’s American Festival Chorus, plays in a fiddle band, composes his own music, and participates in ballroom dance. He will be performing the first movement of the Liszt Piano Concerto no. 1.

The Lincoln Youth Symphony and Lincoln Youth Chamber Orchestra are projects of the Lake Bonneville Symphonic Society, a 501(c)(3) non-profit organization dedicated to providing excellent musical opportunities for motivated musicians. Their Gala Fundraiser Dinner is coming up on February 11, 2012. For tickets, to donate, or for additional information, please visit LincolnYouthSymphony.blogspot.com.
at 12:22 PM No comments:

Greetings!
Not only do we have a concert coming up on February 4th at 5pm (great rehearsal today, by the way!), we also have the Gala Fundraiser Dinner coming up the following week, Saturday, Feb 11th, 2012, Doors open at 6pm, Dinner at 6:30pm.
Having sent a letter home today about the silent auction, and Gabby's mom having sent a letter home regarding the dinner & ticket sales, I am following up with this email.
The ticket sales contest has begun! The prize structure has slightly changed this year:

We are still doing the overall prize: $25 gift card to the top seller in each orchestra.
BUT NOW there are weekly prizes! Sell any tickets during the week and bring your money & you will get a candy bar at rehearsal PLUS the top weekly seller gets a king sized candy bar.

This year we are also asking every family to come up with at least one silent auction item. To facilitate this, I have set up a spread sheet that can be accessed by anyone with this link & edited by anyone. If you think of a great idea (Oh, the ice cream shop down the street from your house, or your dad's old buddy's brother-in-law's business, for instance), please go to the spreadsheet and type in that you have contacted them. We don't want to have 10 people call the same ice cream shop or that guy's same business! That might be ... slightly ... annoying for them!
I have posted on the blog here the list of where the donations came from last year so you have an idea of who can be contacted, but bring your own ideas to the table! Tami Hunter said the best way to do this is to just get out the phone book and start calling -- of course, as long as you add what you've done to the Silent Auction Collaboration spreadsheet. It updates in real time! Very cool. Technology is amazing!
So, Sell Tickets and Procure Auction Items. If you are afraid of phone calls, there are also a few places you can request donations online -- but you'd have to do it right away. Most have a 4-week lead-time deadline. So far, online, I already did the Megaplex Theaters and sent a request to the Salt Lake Bees. For some reason I can't find the donation request form (was online in the past) for the Jazz... Maybe someone else can be that innovative.
Perhaps your family has a connection, or knows a piano tuner, or massage therapist... those types of services are also auction compatible. We've also auctioned off music lessons before! It's a great venue for that, I'd say! We've had handmade quilts and other handmade items. We've had gift cards from Olive Garden & a bird bath from Costco in the past. Oil changes are also nice - things we need and will buy anyway & may as well donate to the Symphony for!
Here is the link for the spreadsheet if one of the above links did not work:
Silent Auction Collaboration - https://docs.google.com/spreadsheet/ccc?key=0AujB2CaJbNNedHhuZUhtQnJNZEl1cV9zUzJHZXA5Tmc
One more thing. Here is a little blurb I typed into the Megaplex application -- I thought it might help you in your efforts:

The Lake Bonneville Symphonic Society sponsors three orchestras - two for the youth and one for adults: The Lincoln Youth Symphony, Lincoln Youth Chamber Orchestra and Lake Bonneville Community Symphony. Although home base is Brigham City, members of the orchestras come from Brigham City, Ogden, Logan, Tremonton, and surrounding areas. The annual Gala Fundraiser dinner has replaced shrinking grants as a major source of funding for this organization. After we have collected all items for the silent auction, we choose the best one for a raffle item.
Thank you ahead of time for your support! I love the new Megaplex in Ogden. Very nice cinema!

And THANK YOU! for your support of this great organization. I think we will all have a greater appreciation for Tami Hunter this year as we each attempt to do a small fraction of what she did on her own before. She found that people were very kind and very supportive. I hope you all have the same experience.
Have a great week!
Julie Gardner
Robert Bott
at 2:21 PM No comments:

Past Donations Came From...


Remember to Enter Your Efforts on the Silent Auction Collaboration Spreadsheet!

Bring A Friend this Saturday!

Come with a friend, come with a current member of LYS, or come on your own for a regular rehearsal as we continue to prepare for our next concert. No pre-registration. Just arrive early enough to be ready to play at 9:00!

This is a no-obligation rehearsal. Anyone interested in joining the youth symphony may audition for membership on January 14, 2012.

For information on other activities throughout the rest of the 2011-2012 season, visit our website at LincolnYouthSymphony.blogspot.com.